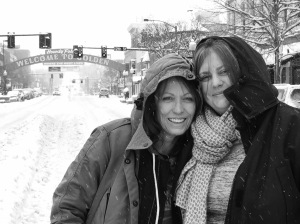 British independent filmmakers Karen Whitehead and Katherine Wilkins De Francis, both now based in Washington DC, have teamed up to produce IMITATING LIFE – THE AUDACITY OF SUZANNE HEINTZ  through Whitehead’s production hub FUR FACE FILM. Both veteran media professionals, together they bring extensive experience in production and business, including TV (ITV & BBC in the UK), print (Mirror Group Newspapers and PRIMEDIA), online and digital, as well as film.

Wilkins De Francis produced her first feature documentary, Don’t Ask Me Questions: the unsung life of Graham Parker (2013), with grammy-nominated director Michael Gramaglia (The Ramones: End of the Century). The film played numerous festivals including CBGB Music and Film Festival and Light of Day Festival; it was broadcast on BBC 4 in the UK, and released through Virgil Films in the US.